Dr. Strangelove or: How I Learned to Stop Worrying and Love the Bomb (1963)

In this Stanley Kubrick classic starring Peter Sellers and insine general attempts to start a nuclear war. Unable to stop the bombers, the US President learns that the Soviets have created a doomsday machine that will destroy the world after any attack on the USSR. 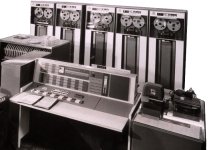 Group Captain Lionel Mandrake uses the IBM on the base and finds the last remaining radio in its 1403 printer from which discovers the Brigadier General's duplicity.

It probably should have been a SAGE system for authenticity, but that would not have been available at the time as the system was in active use then. 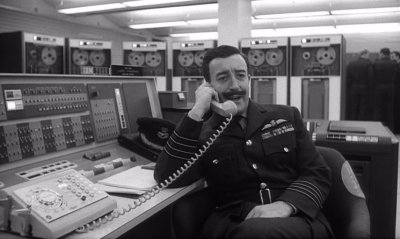 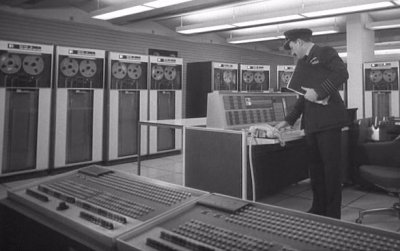