Wayne and Garth are a couple of friends with dead-end jobs who spend their time on "Wayne's World", a public access television programme they produce in Wayne's basement. A local TV executive sees their show and tries to exploit it to sell a sponsorship deal. 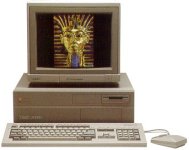 An Amiga 2000 lies in the background at the local TV station that broadcasts "Wayne's World". 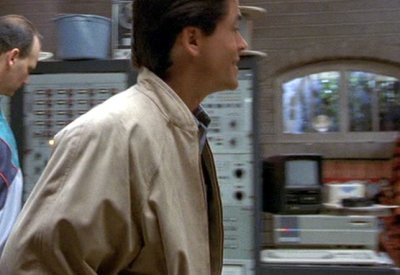 The manager of the local TV station has a PET on his desk. 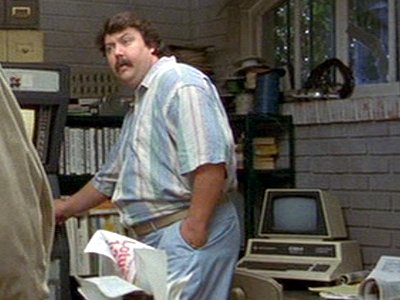