During an electrical storm the consciousness of a serial killer, Karl, is transferred from his dieing body into a computer, where he continues his address-book killings. Terry and her son Josh are on Karl's execution list after he took Terry's address book at the computer store where he worked. 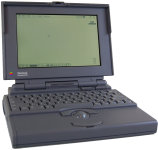 When Terry and Josh visit the computer store a salesman attempt to sell them a Powerbook.

Josh has at a Notebook in his room that Karl uses to email him.

The machine is hooked up to an external colour monitor - the Notebook had a monochrome display. The "email" exchange with Josh is pretty poor in terms of realism also. 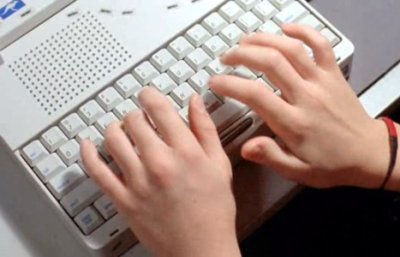